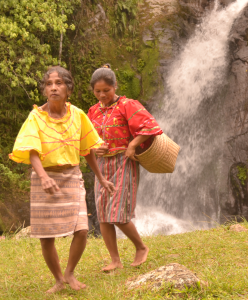 Magpet derived its name from the word “Linoppot” which means, “a place where people gather in fellowship to partake of their packed lunch wrapped in banana leaves”.

An anonymous lexicographer inadvertently shortened the word “Linoppot” to “Maupot”. Much later and further spelled into “MAGPET” by a certain forester in his survey report. Consequently, the word “Magpet” stuck to not only mean the place but also the stream of cool, fresh and clean water. By the present connotation, Magpet means “the verdant lands of many waters”.

The life of the early year’s settlers and inhabitants of Magpet was a tale of survival and fortitude. Their lives were always in danger. Bloodthirsty malarial mosquitoes attacked them. Grandparents often told their grandchildren the stories “about eating their meals inside the mosquito nets” because “mosquitoes were as big as bees”. Yet, all the hardships and suffering, and even death of the early settlers only served to strengthen their decision to stay and utilize the vast natural resources of Magpet.

The land was very fertile, varieties of fish were found in the rivers and streams, and on the woodlands, wild pigs, deer and birds are plentiful. Food was not a problem during that period, but rather, marketing of production surplus and purchase of basic commodities. They traveled for days and weeks in order to sell their crops to the nearest trading centers and they needed salt, sugar, matches and soap for daily needs. 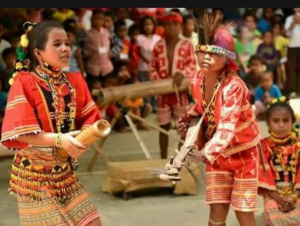 Magpet became a regular barrio of Kidapawan in 1950. It was created a municipality by virtue of Republic Act 3721 signed by then President Diosdado Macapagal on June 22, 1963. The first officials sworn into office on August 13, 1963 with Froilan M. Matas as the first Mayor.

Shown in the table below are the Municipal Mayors (Elected and Appointed) from August 13, 1963 to June 2014.

The municipality falls under the fourth type of climate per Philippine classification, which is characterize by a more or less even distribution of rainfall throughout the year thus providing sufficient soil moisture for the growing of agricultural crops. Based on the climatic and rainfall data obtained from “PAG-ASA”, University of Southern Mindanao (USM) of the municipality of Kabacan, dry spells usually occur from November to April while May – October is wet season.

No strong or other devastating climatic disturbances have been recorded in Magpet. This is mainly due to the Mahuson, Tuael, and other mountain ranges as well as the Mt. Apo, which serve as windbreakers or typhoon shields of the municipality. However, floods do occur during heavy rain down pour.

The thickest rainfall in Magpet falls in the month of September with 240.40 millimeters and March has the lowest rainfall of only 60.61 millimeters. The dry season usually happened from November to April while wet season is from May to October.

The geographic feature of Magpet reveals a marked landscape of plains, scattered small hills, rugged slopes and mountains. The municipality’s area of 75,536 hectares is broadly categorized into 50.81% alienable and disposable, while the remaining 49.19% or around 37,156 hectares are forests and unclassified public lands. Magpet is located far from seas but it is gifted with numerous inland water bodies such as Lake Maraum, the Mab’bu, Bongolanon and Tagibaka Waterfalls, Boay-Boay spring, marshlands and four (4) big rivers such as Kabacan, Magpet, Marble and Mabato Rivers. These rivers also serve as the natural drainage flow of the municipality’s wastes aside from being a source of water for agricultural and domestic needs. These rivers could provide sufficient water for irrigation purposes. Also, it could be tapped to provide hydroelectric power.